David was a king of Israel who helped unify the kingdom, making Jerusalem the capital. According to the New Testament, David was the ancestor of Jesus Christ. Here are other more interesting facts about King David that you may or may not know. 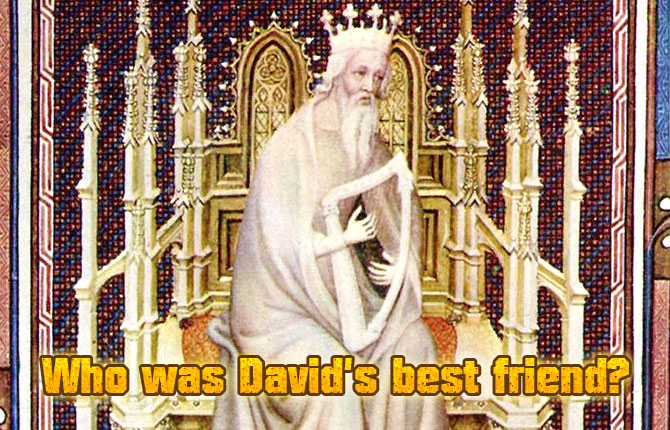 Jonathan, the son of King Saul who had bitterness towards David, was David’s best friend and brother-in-law. Clearly, Jonathan didn’t share the same hatred as his father had toward David. David was anointed King for the third time in Hebron. The first was in Bethlehem and the second was also in Hebron. David was a shepherd boy, but he was not just an ordinary shepherd boy. David depended on his trust in God to help him kill the predators who came to attack the the flocks of sheep he was tending. Saul was appointed king by the prophet Samuel (albeit reluctantly). At first he was successful but later on Saul was found have disobeyed God’s commands conveyed through Samuel. For this reason, God rejected Saul as king, and would give the kingdom to someone else better than him. When Samuel came to inspect David, the youngest son of the shepherd Jesse, God said “Rise and anoint him; he is the one.” David died in Jerusalem at the age of 69 or 70. His tomb is believed to be located on Mount Zion in Jerusalem, near the Hagia Maria Sion Abbey. King David began his reign as King of Israel when he was 30 years old and ruled until his death at the age of 69 or 70. Seventy-three of the 150 Psalms indicate they are a “Psalm of King David” but some Biblical scholars still dispute the authenticity of his authorship. Bathsheba was the wife of Uriah the Hittite when David fell in love with her. Uriah was away at battle when David seduced her in his palace, therefore committing adultery with her. When Bathsheba was found to be pregnant, David tried to convince Uriah to return from the army so that the latter might be with his wife in bed and the baby thought to be Uriah’s; this was done in an effort to conceal the fact that the baby was his. Uriah refused to go home while the army still fought. David sent him back to the commander Joab with a message saying that Uriah should be positioned on the front line of the battle, therefore ordering his death. When Uriah died, David made Bathsheba his wife.

Clearly, the Lord was displeased by David’s sin. Following the birth of his and Bathsheba’s child, Nathan asked him why he committed such grave sins. David confessed and repented of his sins. However, God struck David’s child with illness, and on the seventh day the child died. David accepted his child’s death as punishment. From a nationalistic view, Jewish history sees King David as the ideal king under God. His military achievements alone as a warrior were attributed to God as his driving force. This idea that being a monarch was a “divine right” was later followed by other countries around the world. One of the famous episodes in King David’s life was when he fought Goliath, who had the height of “six cubits and one span” or in modern measurements, about 9’6″. But David defeated the giant by slinging a stone, while appealing to God for victory. Scholars believe that, instead of being a young boy, David was a teenager when he killed Goliath. However, he was sent to play music for King Saul. David sometimes returned from Saul to tend and feed his father’s flock of sheep in Bethlehem. The shepherd Jesse is said to have had eight sons, the youngest being David, who would become the king of Israel. Sometimes David is simply referred to as “Son of Jesse” (or “Ben Yisahi” in Hebrew). The tribe of Judah stands out when compared to the other eleven tribes because of its connection to King David. The origin of this tribe was founded by Judah, the son of Jacob and Leah. Therefore, Jesus Christ also belonged to the tribe of Judah.